There is plenty of misinformation in the media about animal research. The University of Texas at Austin believes you should not have to be a scientist to understand why research with animals is essential.

MYTH: Animal research is a waste of money because it cannot predict how drugs will affect humans.
FACT: There are many similarities between humans and animals.

The physiological systems of humans and other species of animals are very similar and as a result, research studies involving animals have led to critical contributions to the treatment of a wide variety of diseases. Vaccinations for polio, tuberculosis, and diphtheria as well as pacemakers and cochlear implants have all been developed through research on animals. In fact, 180 of the 216 Nobel Prize award recipients in the Physiology or Medicine category used animal models in their research! (Foundation for Biomedical Research, Nobel Prizes in Medicine, 2018) 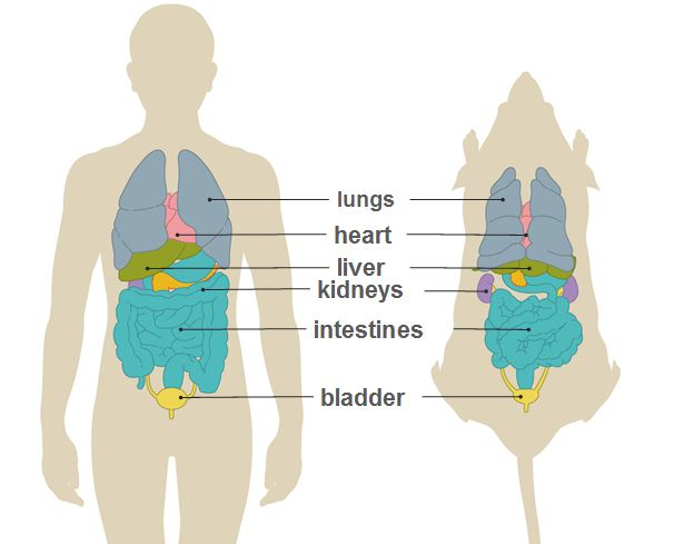 Animal research not only benefits humans. It also plays a key role in the development of veterinary medicine for our pets. These discoveries include the feline leukemia vaccine and flea control methods. These advances would not have been possible without the use of laboratory animals.

MYTH: There are no laws or regulations governing the use of animals in research.
FACT: Animal research is highly regulated in the United States on the federal and local levels.

Scientists who wish to perform research with animals must receive prior approval from their Institutional Animal Care and Use Committee (IACUC). The IACUC reviews proposals while focusing on the ethical care and use of animals. The IACUC is comprised of veterinarians, scientists, non-scientists, and members of the community.

Scientists and IACUCs must both comply with the United States Department of Agriculture (USDA) and the National Institutes of Health (NIH) Office of Laboratory Animal Welfare. Both federal agencies have set strict policies and regulations regarding the care and use of animals. UT Austin is also accredited by AAALAC, a voluntary accreditation organization that sets the gold standard for the care and use of animals.

99% of animal research around the world is conducted with other animals, including rodents, fruit flies, fish, or other species. However dogs, cats, and monkeys have and continue to contribute greatly to our understanding of the way the body works and treating diseases affecting humans and animals. Nobel Prize-winning research with dogs helped scientists figure out why our bodies reject organs after an organ transplant operation. Similarly, Nobel Prize-winning research with cats revolutionized our understanding of “lazy eye,” a serious condition that can cause partial or complete blindness. Currently monkeys are being studied around the nation to find treatments or cures for Alzheimer’s, Parkinson’s, and infertility.

MYTH: Research animals are abused and mistreated.
FACT: The laws to protect laboratory animals in the United States are among the strictest on the planet.

The University of Texas at Austin (UT) complies with all laws and regulations set forth by the United States Department of Agriculture (USDA) and National Institute of Health’s (NIH) Office of Laboratory Animal Welfare (OLAW). UT is voluntarily accredited by AAALAC and utilizes standards set forth by the Guide for the Care and Use of Laboratory Animals (the Guide). Animal research cannot occur unless it receives prior approval from an animal welfare and ethics committee, known as an IACUC (Institutional Animal Care and Use Committee). UT employs three full time veterinarians with specialty in laboratory animal medicine who provide around-the clock medical care. Animals are provided with clean housing, nutritious food, and environmental enrichment. A procedure that is painful in humans is assumed to be painful in animals. The use of anesthetics for potentially painful procedures plus painkillers after surgery are always provided unless the clinical study specifically disallows it. In this case, researchers much have a strong justification for why these cannot be provided.

Without animal research, we would not have chemotherapy drugs for cancer, high blood pressure medication, the ability to perform organ transplants, insulin drugs for the diabetic, artificial joint replacements, drugs such as penicillin and other antibiotics, heart pacemakers, vaccines for polio, measles, rubella, smalli diphtheria and tetanus, and so many more medical advances.

In some cases, non-animal alternatives such as computers have been used to replace research animals. Nevertheless, while computers provide terrific resources for researchers, they do have limitations. For instance, computers are only able to provide information or models of known phenomena. Because research consistently seeks answers to unknowns, a computer is unable to simulate how a particular cell might interact or react with a medical compound, or how a complex biological system such as the circulatory system will react to a new drug directed to improve organ function.

A single living cell is many times more complex than even the most sophisticated computer program. There are an estimated 50 -100 trillion cells in the human body, all of which communicate and interact using a complicated biochemical language – a language researchers have only just begun to learn. Studies using isolated cells or tissues almost always precede animal-based research, but researchers must study whole living systems to understand the effectiveness of treatments and their potential benefits and dangers.

U.S. law requires that all new drugs, medical devices, and procedures first be evaluated in animals for safety and efficacy before clinical (human) trials can begin.

MYTH: It is immoral to use animals in research.
FACT: Animal research is necessary to treat and prevent disease, and the animals are treated with the utmost respect.

A large number of major medical advances in the 20th century have occurred largely because of research with animals. Our best hope for developing preventions, treatments and cures for diseases such as Alzheimer’s, AIDS, and cancer will also involve biomedical research using animals.

According to the U.S. Food and Drug Administration (FDA), there are multiple steps that must be taken before a drug is determined safe and made available for humans to use. This process can take between 10-15 years.