Impact of an Undergraduate Research Fellowship

The Undergraduate Research Fellowship (URF), sponsored by the Office of the Vice President for Research, Scholarship and Creative Endeavors, has long been a valuable tool for undergraduate students in all disciplines across campus for developing original research ideas and projects. 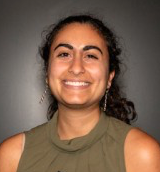 Joy Youwakim is passionate about hunger “because I’ve never understood why it’s still an issue today” noting that in the United States alone we waste 40 percent of our food. “That’s food that never makes it to the table.”

Over the summer before her sophomore year, the economics major was thinking about how to use her degree for something she could bring her passion to. She applied for and received an Undergraduate Research Fellowship from the Office of the Vice President for Research, Scholarship and Creative Endeavors. The stipend made a huge difference in being able to complete her project “Climate Change and Sustainable Agriculture.”

Corn is used in a vast array of products but climate change will make production problematic because the crop requires regular irrigation. She decided to study sorghum, and planted the two crops side by side in a climate irrigation model. Corn yield decreased by 27 percent whereas the sorghum yield decreased by only 13 percent, proving to be more drought resistant, a highly valued quality in the world of climate change research.

She was surprised to receive her fellowship but it was “very rewarding because someone decided your work is valuable.” She said liberal arts students may be hesitant to think about research and apply for grants because they feel their work isn’t ‘scientific’ enough.  “But it’s so important to realize that work that is not conventionally in a lab is still so important to advancing science.”

She entered her work in the Longhorn Research Showdown competition for undergraduates and took third place.

Now she’s working on a research project that involves a landfill the city is covering over. In the future of urbanization, we will see more landfills and less farmland. She wants to see what can grow there and if it’s safe for human consumption. As the city owns the property, it might provide another option for community gardens and people to grow food who may not have a yard.

She plans to take a couple of years off when she graduates and then pursue a doctoral degree in development economics and agricultural ecology.

While her friends and family sometimes tease her that she went to college to become a “farmer”, she found her passion and is making impactful discoveries in the world of food sovereignty. “Hunger affects everybody and everybody eats, and I want to make sure that in the future, no one has to make the choice between food and rent,” said Youwakim.

UT Austin is a leader in providing opportunities to undergraduate researchers, including the Undergraduate Research Fellowships presented by the Office of the Vice President for Research, Scholarship and Creative Endeavors. 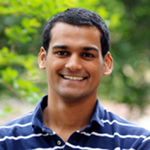 Here’s an exciting story of one undergraduate who used URF funds to create research and, in the process, helped shape a new generation of future researchers.

Video 1: Getting Involved
Video 2: Profile of a Project
Video 3: The College Experience and Beyond

Electrical Engineering junior Sanjai Bashyam received a URF in Spring 2014 for his project: making 3D printing available to everyone on the UT campus by creating a vending machine – The Innovation Station. The vending machine opened in September 2014 and has received about 1,000 submissions since then. Under the guidance of Carolyn Seepersad, associate professor of mechanical engineering at the Cockrell School, he worked to design and build an automatic part removal system. 3D printing requires a spatula to scrape off the finished product but this is not feasible in a vending machine. Bashyam’s research focused on the three elements required: the build plate, rapid cooling and the scraper. His video of the process earned him a place as one of six finalists in the first Texas Student Research Showdown. In the final round, he gave a six-minute presentation to judges and his research took first place and a $1,500 scholarship.

His advice to fellow students – “I would advise the student not to be too concerned with finding a research opportunity that fits their exact interests. The beginning of college is when you should explore multiple research opportunities and find what truly appeals to you. It may not be the first position but you will still gain valuable experience. Most importantly, talk to every professor you can and ask what you can do to get involved in their research.” 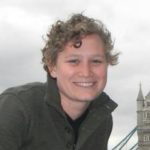 Chemistry major Simone Lumsden received a URF in the spring semester of 2013 for her project, using crown complexes of alkali metal ions as counterions to modulate the coordination chemistry of first row transition metals with chalcogenide cyanates (SCN, SeCN, TeCN). Her goal was to determine if it was possible to manipulate cheaper first row metals into replicating properties of precious, expensive metals so that they could be used as cheaper substitutes to act as catalytic centers for electron transfer. For Lumsden, the project “would be the key point in allowing me to pursue undergraduate research in a true research environment.”

The result of her project was the publication of a paper on which Lumsden is credited as first author, an outstanding achievement for an undergraduate student (read the paper). Prof. Michael Rose, Lumsden’s project supervisor, writes to the Office of the Vice President for Research, Scholarship and Creative Endeavors, “Thank you for your support of Undergraduate Research! This is a fantastic program, and I think made a huge difference for Simone’s contribution to my research group.” 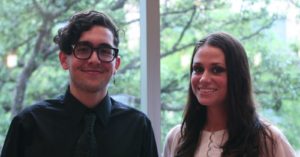 After assisting Dr. Regina Mangieri with a postdoctoral project in the laboratory of Dr. Rueben Gonzales (published here), Biochemistry major Roberto Cofresi (pictured left, with Dr. Mangieri) was motivated to follow up on a promising pilot experiment, and the URF allowed him to do so by paying for his research subjects. From proposing the experiment to preparing the manuscript for publication (here), the experience of having an independent, personal project as an undergraduate, he tells us, helped him decide in favor of further scientific training, which he has chosen to undertake here at UT Austin as a graduate student in the Institute for Neuroscience. 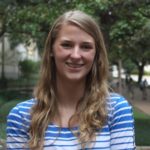 Biochemistry major Tori Basile’s URF research has led to publications in the journal ACS Applied Materials & Interfaces: Steric Spacing of Molecular Linkers on Passivated Si(111) Photoelectrodes and in the journal Langmuir, in which Basile earned a spot as shared first-author on the paper: Electron Transfer through Surface-Grown, Ferrocene-Capped Oligophenylene Molecular Wires (5−50 Å) on n‑Si(111) Photoelectrodes Basile’s URF project supervisor, Prof. Michael Rose, wrote to the Office of the Vice President for Research, Scholarship and Creative Endeavors describing how, after a postdoctoral fellow in the lab departed unexpectedly, Tori was able to finish the project, independently completing the synthesis, device fabrication and data collection. Tori starts graduate school in Chemistry at UCLA in Fall 2015. Congratulations to Tori and also to Prof. Michael Rose, who has received a 2015 College of Natural Sciences Teaching Excellence Award! 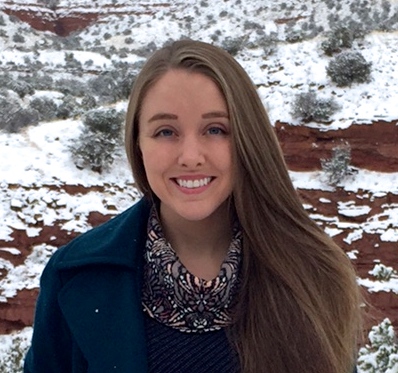 Each year, the Office of the Vice President for Research, Scholarship and Creative Endeavors at UT Austin presents Undergraduate Research Fellowship awards. These stipends are available in a competitive process and help students gain a hands-on experience in research.

Martz said that as an undergraduate student, “this award was invaluable as it allowed me to plan, budget, and carry out an entire research project under the careful guidance of my lab mates and faculty mentor. “

Her research led to her being named as an author on the article “The medial preoptic area modulates cocaine-induced locomotion in male rats,” published in the journal Behavioural Brain Research in March, 2016. The project changed her life.

“The work I did for my URF inspired me to continue on in Dr. Juan Dominguez’s lab and apply for graduate school,” said Martz. “I am now pursuing my PhD in the behavioral neuroscience program here at UT.” She began her graduate work in the Fall of 2016.

She encourages undergraduates to pursue a URF award and research in general.

“If you’re interested in research or attending graduate school, I highly recommend getting involved in research as early as possible. Don’t be afraid to contact professors or graduate students to inquire about research opportunities. Applying for a URF is a great way to enhance your experience by getting funding to conduct your own project.”